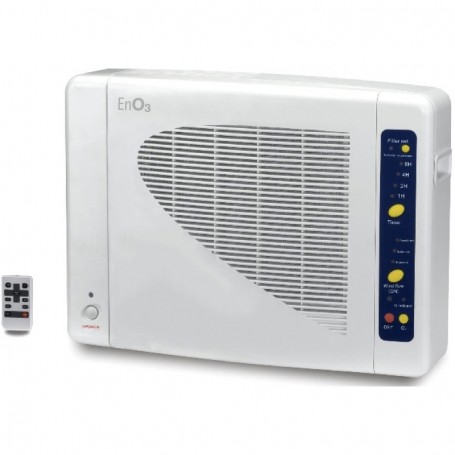 Ozone generator with HEPA filter for air and water that emits 600mg/h of ozone and anions. It has a high-efficiency HEPA H13 filter with 4 filtering stages that together with the ozone lamp is capable of eliminating up to 99.99% of harmful pathogens such as viruses, bacteria, mites, fungi, microbes, prions or spores. Another outstanding application is the elimination of unpleasant odors without fragrances in a natural way, generating a fresh and clean environment. It also has a remote control for comfortable operation, 4 time modes and 3 power programs.

The ozone generator with HEPA filter has an area of influence of 120m2 and is equipped with the highest technology to achieve an effective treatment of air and water. This equipment has an ultra-quiet operation and is controlled manually or by remote control. Its functions are as follows:

More than 100mg per day are needed. They are found in the body as electrically charged particles (ions, electrolytes), and serve to preserve the electrical polarity of the cell membrane, to maintain osmotic pressure, and to produce nerve signals. They also counteract both acidic and alkaline substances (both harmful to health), preserving the neutrality of the internal environment and thus being beneficial to our health. They also act as coenzymes, activating or inhibiting the action of many enzymes. They are part of the hard tissues, such as bones and teeth. The lack of these microelements occurs in the case of insufficient consumption or excessive elimination through sweat, vomiting or diarrhea. 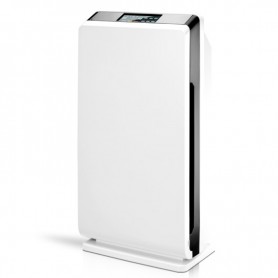