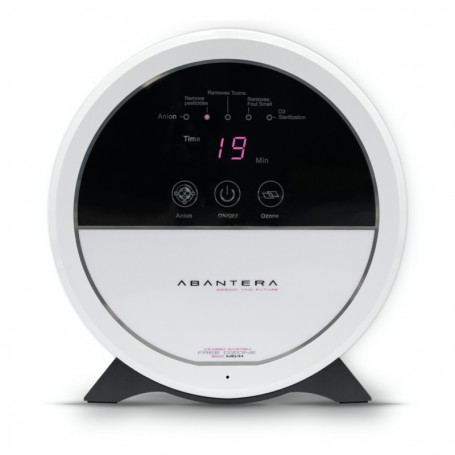 Portable ozone machine that generates 800 mg/h of ozone for disinfection and purification of air and water environments. It has 4 temporary ozone emission functions and an optional anion or negative ion generation function. It is a compact and very handy equipment that offers a considerable ozone emission for continuous use that allows to achieve different disinfection and sanitization treatments both at home and at the business level.

This portable ozone generator achieves excellent results thanks to its great ozone generation in continuous use of 800mg/h with 4 ozone generation programs of 20-40-60 and 90 minutes duration respectively. It also has an optional anion program that can work together with ozone or independently. Due to these technical endowments, its scope of action is planned for rooms of up to 180m2.

Ozone is one of the most powerful natural disinfectants that exists today and can eliminate 99.99% of bacteria, viruses, fungi, mites and germs present both in water and in the air environment or on surfaces. It can also eliminate bad odors very effectively or prevent the generation of mold in food. The ozone sterilization process consists of releasing a third oxygen atom and destroying the cell wall and the protein coat of viruses and bacteria, damaging their RNA or DNA. In this way, an instantaneous oxidative decomposition of each virus or bacterium detected by each ozone molecule (O3) is caused. Ozone, in the oxidation process, acts by incorporating and dispersing oxygen atoms in metal, wood, cloth, glass, ceramic or the surface where the ozone molecule contacts and reacts with sufficient capacity to become other harmless organic organisms and not harmful to health, thus leaving any surface free of viruses and bacteria.

Ozone functions in this generator

* As an important warning, when an environment is sterilized, it must be free of people and animals.

What is an anion? Anion functions in this generator:

Of these microelements, our body needs more than 100 mg per day. They are found in the body as electrically charged particles (ions, electrolytes) and serve to preserve the electrical polarity of the cell membrane, to maintain osmotic pressure and to produce nerve signals. They neutralize acidic and alkaline substances (both of which are very harmful to health), preserving the neutrality of the internal environment and, therefore, being highly beneficial to health. They also act as coenzymes, activating or inhibiting the action of many enzymes. They are also components of hard tissues, such as bones and teeth. The deficiency of microelements occurs in the case of insufficient consumption or excessive elimination due to sweat, vomiting and diarrhea. 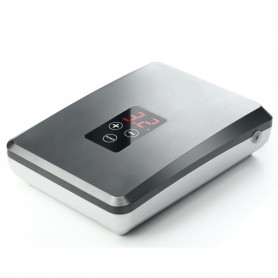 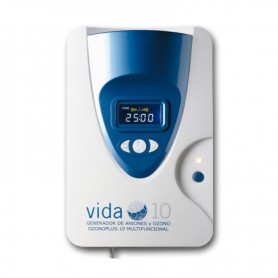 Ozone Machine for water and air 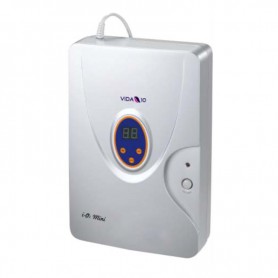 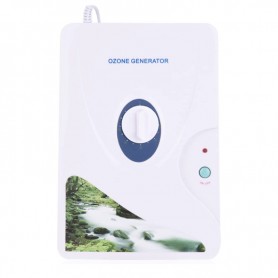